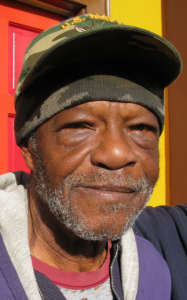 Thomas German was born in Mobile, Alabama, a bit after New Year’s Day of 1940. After serving in the U.S. Navy, Thomas, aka “Tommie” or “German”, found employment as a die setter at the San Francisco Mint. He rented a home in Bernal in 1967.

Living in the neighborhood for some years, he decided to purchase the home he was renting on Andover Street in 1974 for $21,000. How did he end up in foreclosure? He was facing a personal catastrophe. And he made a generous offer. So he refinanced his home. Although Thomas obtained and held insurance for his home, the insurance didn’t cover bringing the place up to code when a fire gutted the place in 2008. He invested in a family business that later failed and Thomas never recovered those funds.

With the encouragement of loan personnel at Wachovia, Thomas borrowed on the equity everyone thought was in the value of the home. He signed a loan agreement for an adjustable rate mortgage (ARM) with a interest rate that increased over time because he thought he could surely repay the loan or refinance at a lower rate.

His only income is a federal pension limiting his Social Security benefits, which are small. On his income, Thomas could no longer afford to make loan payments. By 2008, Thomas’ federal tax return noted home mortgage interest of $25,959 against taxable pension income of $31,3883 – paying the mortgage interest alone represented 81% of his taxable income! He joined the ranks of thousands suffering under predatory Wachovia home loans.

Meanwhile, the very same day Congress passed the bailout plan that would award Wells Fargo a $25 billion dollar bailout from the taxpayers of the U.S. – the largest amount awarded in a single bailout payment – Wells Fargo announced it would reverse its prior decision and buy out Wachovia for $12.7 billion by the end of 2008, thus forming the nation’s second largest bank in terms of deposits. That same week, Treasury Secretary Henry Paulson issued a document revising the tax code to benefit some banks that buy other banks: a tax break worth up to $25 billion for Wells Fargo.

Unlike Wells Fargo’s bailout success, Thomas applied twice for a loan modification under the Home Affordable Mortgage Program (HAMP) mandated by the U.S. Treasury as a response to the home mortgage loan crisis. Wachovia/Wells Fargo denied the loan modifications twice, once in June 2010 and again in November 2011.

Nowadays, Thomas is struggling to find a way to stay in his home. He has filed bankruptcy to try to prevent foreclosure and eviction, but the outcome is uncertain. His neighbors here in Bernal have formed a support group to help Thomas stay in the neighborhood. Along with this community group, he is receiving assistance from a nonprofit counseling organization. We are committed to helping him defend his home against any foreclosure auction or eviction.